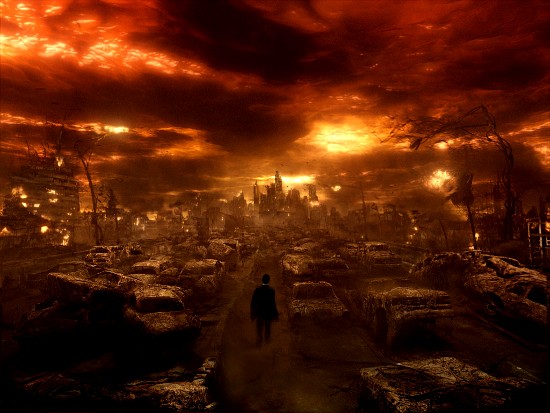 Famed economist and investment guru Dr. Marc Faber of the Gloom, Boom and Doom Report weighs in on global happenings.

He predicted the collapse of global financial markets in 2008, and pegged their subsequent rise to the day back in 2009.

If there’s someone out there with his finger on the pulse of the financial crisis and where we’re headed next, it’s Doctor Doom.

If you have ten minutes today, and are looking for some realistic insights into financial markets, the monetary machinations behind the scene, and the non-traditional investments you should be focused on going forward, take the time to listen to the good Doctor.

Excerpts by Zero Hedge via The Daily Crux:

Just in case a new high would be achieved in the next two months or so, it would not be confirmed by the majority of shares. In other words, very few stocks would lead the advance. In terms of bonds, they are also incredibly oversold. Where the sentiment about equities is actually still rather positive and all of these super bulls still predicting the market to continue to rise into 2014, 2015.

In bonds and gold, sentiment is by historical standards incredibly negative. As a contrarian, I would rather buy bonds and gold than equities.

He [Ben Bernanke] said if the economy does not meet the expectations of the fed in one years’ time, they will consider additional measures. In other words, if the economy has not fully recovered by mid-2014, more QE will be forthcoming. As I said already three years ago, we are going to go with the Fed to QE99.”

We have wage deflation in the world in real terms, for sure. In other words, real wages are going down and the cost of living everywhere are going up. That is why you have social unrest in North Africa, in the Middle East, in Turkey, in Brazil, and it will spread because the average person on the street hasn’t participated in the huge asset inflation that has been going on in high-end properties, Mayfair properties, Fifth Avenue, Madison Avenue, the Hamptons and in equities and until recently in bonds and commodities.

The only thing that I know is that I want to own some physical gold because I don’t want all of my assets in financial assets.

I don’t know, I am not a prophet, I don’t know exactly where the price will be on a month by month basis, but I want to have some wealth, some of my assets in physical gold.

I can see a lot of problems coming into the world including expropriation through taxation or through regulation or even through revolution and social strife.

Like Ron Paul, Marc Faber understands that the price of gold can potentially go to infinity. So, too, can the price of other physical assets like food, energy and industrial metals.

As Faber notes, he can’t predict prices, but he does understand that stock market valuations are disconnected from the reality of the situation.

The Dow Jones may go to 30,000 points, but what good does that do for you if prices across all goods and services inflate to unimaginable levels?

This is what mainstream analysts and traders don’t talk about. They are focused on making money in stock markets, not how those valuations will affect the average person on the ground. As Doc Faber notes, wages are going down across the board. All the while prices are rising.

Sure, millions of dollars are being made on Wall Street, as has always been the case. But for the rest of us, well, we’re struggling to survive and most of us are living paycheck-to-paycheck.

If the stock market rises to 30,000 as some have predicted, chances are you will in no way benefit from that. In fact, it’ll hurt much more than it helps, because that rise can only be made possible through price inflation.

Whatever the case with stocks – up or down – it should be clear that wealth is being destroyed across the board.

This means things can only get worse for the majority of the population.

And, as we’ve seen throughout the world over the last five years, that kind of environment tends to lead to significant upheaval.

Expect the same here in due course.

Back in August of 2010 Marc Faber suggested that things around the world would get so bad, that you’d better own some of the following collapse-proof investments:

Buy a farm you can tend to yourself way out in the boondocks. And protect it with high voltage fences, barbed wire, booby traps, military weapons and Dobermans.

Invest in assets that will have real value - Assets you can use and trade, such as precious metals, food, supplies, barterable labor skills, and of course, high voltage fences to protect you from the hordes when they come looking for what they failed to prepare.